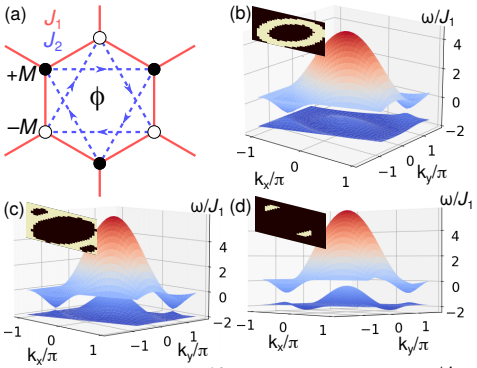 The machine learning technique of persistent homology classifies complex systems or datasets by computing their topological features over a range of characteristic scales. There is growing interest in applying persistent homology to characterize physical systems such as spin models and multiqubit entangled states. Here we propose persistent homology as a tool for characterizing and optimizing band structures of periodic photonic media. Using the honeycomb photonic lattice Haldane model as an example, we show how persistent homology is able to reliably classify a variety of band structures falling outside the usual paradigms of topological band theory, including “moat band” and multi-valley dispersion relations, and thereby control the properties of quantum emitters embedded in the lattice. Our method is promising for the automated design of more complex systems such as photonic crystals and Moire superlattices. 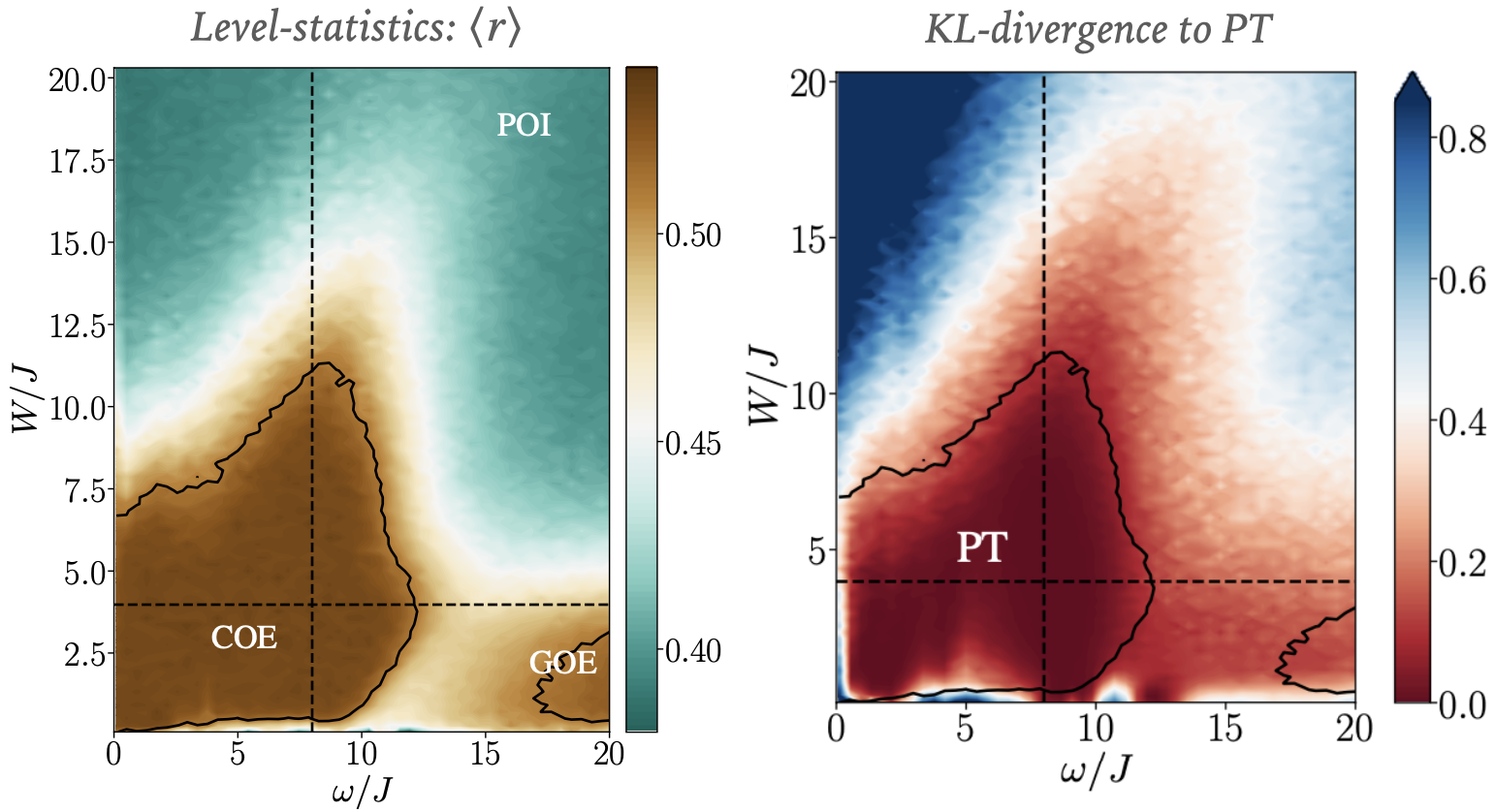 Demonstrating the ability of existing quantum platforms to perform certain computational tasks intractable to classical computers represents a cornerstone in quantum computing. Despite the growing number of such proposed “quantum supreme” tasks, it remains an important challenge to identify their direct applications. In this work, we describe how the approach proposed in Ref. [arXiv:2002.11946] for demonstrating quantum supremacy in generic driven analog many-body systems, such as those found in cold atom and ion setups, can be extended to explore dynamical quantum phase transitions. 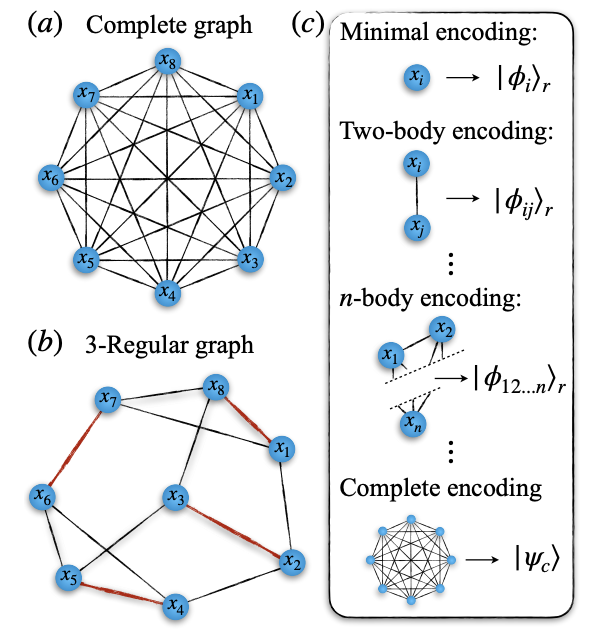 Doing binary optimization problems either via quantum annealing or QAOA require as many qubits as in the classical variables. Realistic quadratic optimization problems (QUBO) usually entail 10.000 classical variables which means current approaches using NISQ devices are very far from achieving anything of real applications. In this work, we proposed and analyzed a set of novel variational quantum algorithms for QUBO where n classical variables can be implemented on O(log n) number of qubits. Our encoding scheme allows for a systematic increase in correlations among the classical variables captured by a given quantum state by progressively increasing the number of qubits. We apply this minimal encoding to find approximate solutions of a general problem instances comprised of 64 classical variables using 7 qubits. Next, we show how two-body correlations can be incorporated in the variational quantum state and how it can improve the quality of the approximate solutions. We give examples by solving a 42-variable Max-Cut problem using only 8 qubits where we exploit the specific topology of the problem. We analyze whether these cases can be optimized efficiently given the limited resources available in state-of-the-art quantum platforms. Lastly, we present the general framework for extending the expressibility of the probability distribution to any multi-body correlations.

In this work we analyze the trainability of analog quantum processors and applications in machine learning. We investigate how the interplay between external driving and disorder can dictate the trainability and expressibility of quantum many body systems and apply it to solve a generative modelling problem. We show that if the system thermalizes, the training fails at the expense of the a large expressibility, while the opposite happens when the system enters the many-body localized (MBL) phase.Our approach can be implemented with a variety of available quantum platforms including cold ions, atoms and superconducting circuits

A crucial milestone in the field of quantum simulation and computation is to demonstrate that a quantum device can compute certain tasks that are impossible to reproduce by a classical computer with any reasonable resources. Such a demonstration is referred to as quantum supremacy. One of the most important questions is to identify setups that exhibit quantum supremacy and can be implemented with current quantum technology. The two standard candidates are boson sampling and random quantum circuits. Here, we show that quantum supremacy can be obtained in generic periodically-driven quantum many-body systems. Our analysis is based on the eigenstate thermalization hypothesis and strongly-held conjectures in complexity theory. To illustrate our work, We give examples of simple disordered Ising chains driven by global magnetic fields and Bose-Hubbard chains with modulated hoppings. Our proposal opens the way for a large class of quantum platforms to demonstrate and benchmark quantum supremacy.