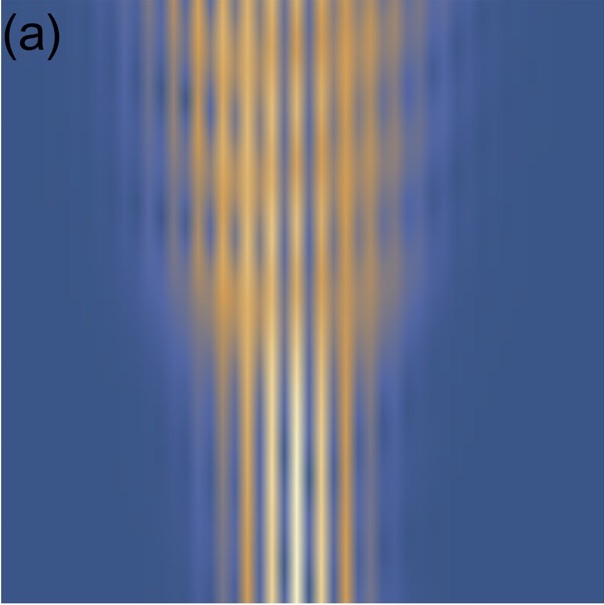 When quantum fields are coupled to gravitational fields, spontaneous particle creation may occur similarly to when they are coupled to external electromagnetic fields. A gravitational field can be incorporated as a background spacetime if the back-action of matter on the field can be neglected, resulting in modifications of the Dirac or Klein–Gordon equations for elementary fermions and bosons respectively. The semi-classical description predicts particle creation in many situations, including the expanding-universe scenario, near the event horizon of a black hole (the Hawking effect), and an accelerating observer in flat spacetime (the Unruh effect). In this work, we give a pedagogical introduction to the Dirac equation in a general 2D spacetime and show examples of spinor wave packet dynamics in flat and curved background spacetimes. In particular, we cover the phenomenon of particle creation in a time-dependent metric. Photonic analogs of these effects are then proposed, where classical light propagating in an array of coupled waveguides provides a visualisation of the Dirac spinor propagating in a curved 2D spacetime background. The extent to which such a single-particle description can be said to mimic particle creation is discussed.